When Ditching a Potentially Lucrative Career Path Pays Off 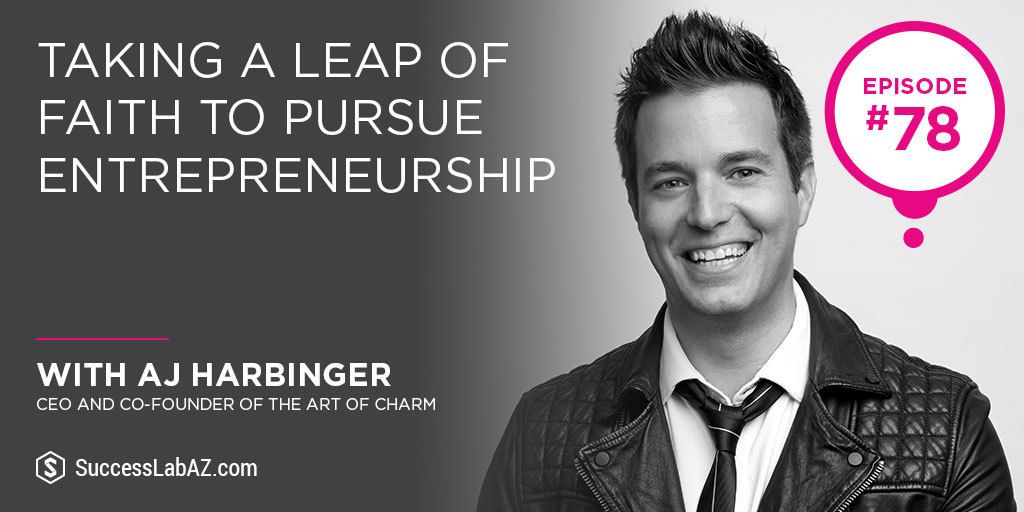 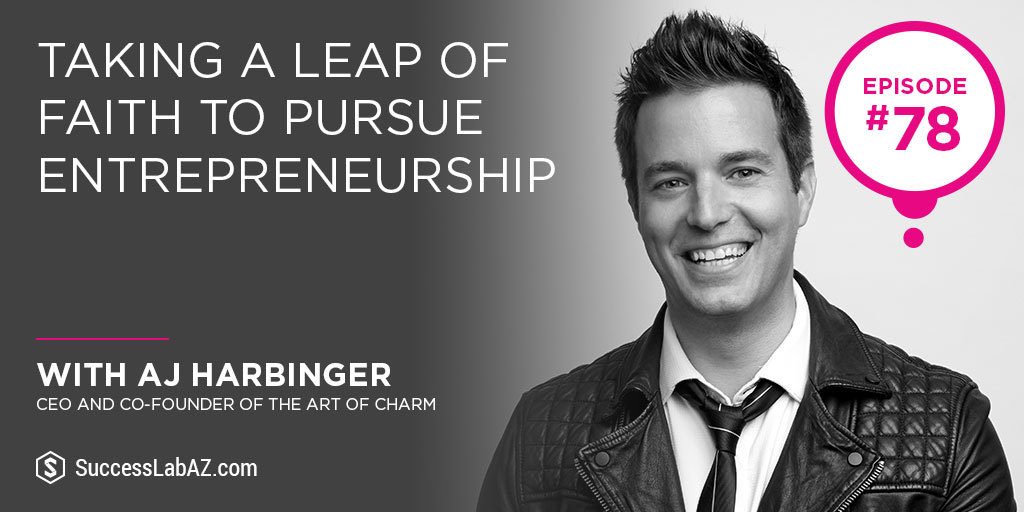 It’s an all-too-familiar story for many entrepreneurs: you spend years dedicating yourself to a career path only to eventually realize it no longer gives you fulfillment. That was the scenario for AJ Harbinger, who faced a tough decision while pursuing his Ph.D. –– stay the course or risk everything and pursue entrepreneurship.

Luckily for the hundreds of thousands of people he has helped, AJ chose the road less traveled, co-founding The Art of Charm, which has become a highly acclaimed podcast and online resource for advanced social skills training. AJ, along with his co-founder Jordan Harbinger and partner Johnny Dzubak, help countless people build confidence, social interaction, networking, and overall self improvement. Guests have included a diverse array of experts, celebrities, athletes, and authors who share practical advice.

In this episode of The SuccesLab Podcast, AJ joins hosts Beth Cochran and Deb Caron to discuss how he stumbled into podcasting, dropped out of grad school and dedicated his life to helping ordinary people become extraordinary.

How did the Art of Charm come to be?

I was working on a cancer biology Ph.D. and my co-founder Jordan was in law school. A lot of our classmates were married and older than us, and so we struggled to find our footing. We started going out regularly in Ann Arbor to meet people, where we got a lot of questions from others who were also struggling to meet people. That’s when we decided to start a podcast discussing how to become more socially confident and outgoing.

About 10 episodes into the podcast of us interviewing people who were more extroverted and successful socially, our listeners started reaching out asking for coaching. When Jordan moved to New York, we decided to figure out a way to grow the small coaching business to potentially help pay his rent and pay for my travel to New York. At that point we decided to bring in a third partner, Johnny, and create a week-long curriculum that would allow people who were introverted and struggled socially to break out of their shell, build social confidence and get some real-world experience having conversations with strangers.

How did you decide to take a leap of faith and switch gears away from studying cancer biology?

I started to get pulled in this direction of helping other people. I really derived a lot of value and satisfaction helping other people break out of their shell. The podcast grew in popularity and I felt this magnetic draw to New York City. At one point I finally decided on a flight home to tell my dad and family that I was going to leave graduate school and move to New York to do the podcast and coaching company full time. As you can imagine, they were not thrilled with that development. Ten years ago it was a pretty scary proposition to leave what they felt was a sure path to success ––getting a Ph.D. and becoming a doctor –– to instead pursue entrepreneurship and a podcast. Once I moved to New York, we hired a staff and wanted to grow as fast as possible and prove the doubters wrong. Unfortunately we were still struggling and had to lay off some employees. That was the first wake up call –– business is a full contact sport.

What was the pivotal moment that turned your business around?

At this point most major cities have meetup groups and entrepreneurial networking events. We tried to seek out as much business knowledge outside of our professional space as we could. We were very adamant about trying to forge relationships with people who were four or five steps ahead of us, and relied on their knowledge and support to guide us through some of those rougher moments. We made a variety of mistakes and learned as much as we could from them. Now we know we weren’t the first ones to have these experiences and you can learn a lot from what people are willing to share with you.

How do you keep yourself in the zone as an entrepreneur?

The biggest lesson I’ve learned is developing routines and allowing my mind and body to recharge. In the beginning of the company, I thought it didn’t really matter what I was eating. I thought, I’m working, I’m putting in long hours. Exercise can come later. But in reality, in order to be successful, you need to be of sound mind and body. Exercise and meditation and eating right have been the three biggest areas that I’ve focused on to help me be more mindful and deal with the stress of growing a business.

Coffee drinker, yes or no? Yes, but I limit myself to one cup a day.
What’s one business tool you’re geeking out over right now? Slack
Favorite piece of technology: My Apple Watch
What’s one book you would pass along to a fellow entrepreneur: Traction, by Gino Wickman
Who is one person you would like to have dinner with? Elon Musk
How many hours of sleep do you get a night? 7.5 hours