How to Overcome the Struggle – It’s Not Real 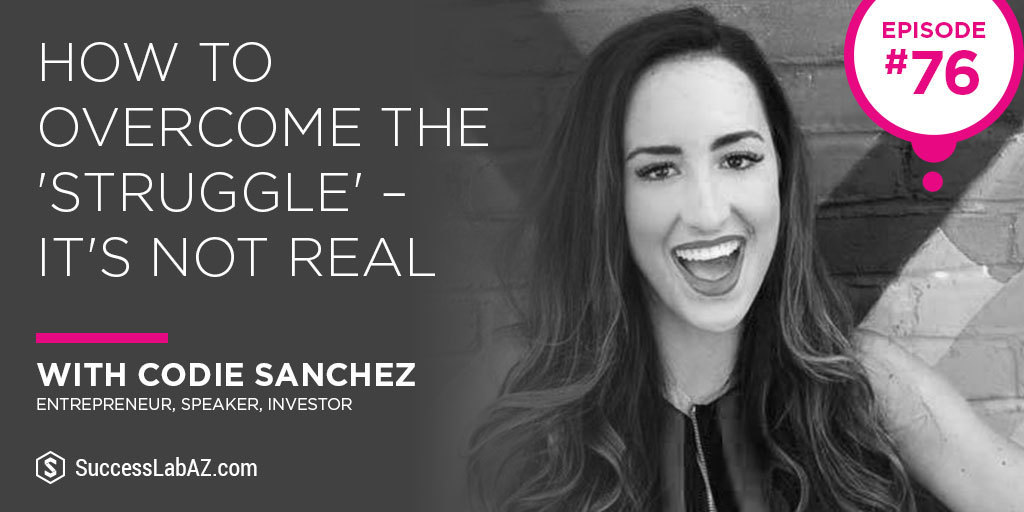 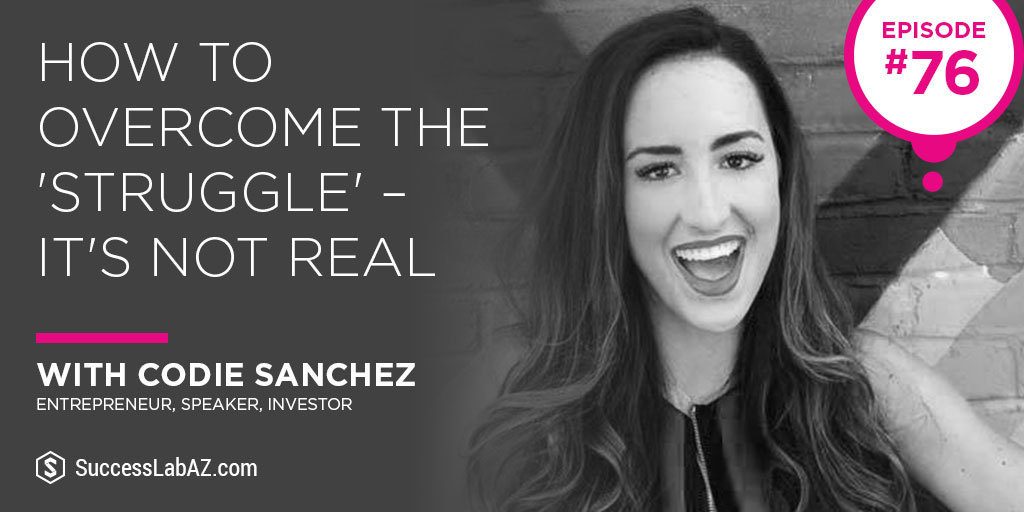 Codie Sanchez is a multi-hyphenate title holder who puts the Energizer Bunny to shame. She’s the founder of CS Ventures, podcast host of the Struggle Isn’t Real, startup founder of Threads Refined (since exited), and head of Latin America and Offshore Sales at First Trust. As most entrepreneurs come to realize, their journey is anything but linear. Codie’s experience has been no different. She started out as a journalist reporting stories from the U.S./Mexico border. Particularly touched by an elderly woman abandoned in a border community, Codie realized it wasn’t enough to write about someone’s story –– she wanted to rewrite the story.

In this episode of The SuccessLab Podcast, Codie shares why it’s important to chase your curiosity, why power comes from developing a deep understanding of money and how she empowers people to break through their fears in order to pursue their dreams.

You’ve said designing your life can be easier than the struggle we’re told it is. How do you help people believe in themselves?

I have an inherent belief in all of our capabilities as humans. If you were born in the U.S., there’s really not a lot of excuses as to why you can’t go after what you want. There has never been an easier time to start a business in history than right now. You can go online, get a SquareSpace account, create a website in 24 hours, and create a store online. It’s the same thing with Etsy, Amazon and eBay. Start by asking yourself two things: What if you assumed everything you wanted was easy to get? And What if you always asked for what you wanted? At this moment there are people looking for you to do the things you want to do, you just need to be creative in how you go after them.

What advice do you have for people who are afraid to get started?

There’s three things I do to fear conquer consistently. If you can take some part of your day and make things wildly uncomfortable for yourself things will start to change because it makes the big fears easier to tackle. Secondly, there’s a connection between the mind and the body. When you feel stronger in your body, you feel stronger in your mind and in your business. Lastly, do an ask every single day. Ask for a discount at a restaurant. Ask a co-worker for help with something. Get used to asking, because by the time you need to ask the big questions, you’ll have flexed those muscles, too.

How do you help people get to the root of what they really want and get started?

My process is try, fail, try, fail, try, fail, and so on. I learn by making mistakes, and hopefully by making it only once. If people are wondering where to start, and are paralyzed by where to start, I’d say to follow your curiosity and start to reach out to experts, companies, and leaders in that space. If you start asking the right questions, and reaching out to people consistently in that space, something will ping for you.

What’s one thing you’ve had to train yourself on as a CEO, and how’d you go about doing it?

I love to build businesses. I’ll build, build, build until they reach profitability, and right when they plateau and they’re growing and you can reap all the benefits, I get bored. So I have a problem of staying engaged. What I’ve been pretty good at is asking myself lots of questions, and getting to the root of something pretty quickly.

What’s one piece of advice you’d give to fellow entrepreneurs?

Cash is king, and if it’s not profitable, it’s not sustainable. A lot of people are focused on social media or on growing their reach, but don’t forget social media has a conversion rate of 2%. The fastest and best way to close someone is still face-to face or at least emails and phone calls. Focus on the things that bring in cash which allow you to have continued sustainability and continued power.